Diamond Dogs is a music group in which I play. We offered an acoustic repertoire of David Bowie covers.

Playing with those two “D’s” that formed the initials of his name, I relied on the design and color of the comic book character Daredevil‘s logo. I chose the image of one of the alternative covers of David Bowie’s album “The Man Who Sold The World”.

And finally, the ray that David Bowie wore makeup on his face on the album Alladin Sane as an element of powerful graphic power.

With all these elements I made two versions, one with the full name and another with the acronym “DD”.

They are too underground to have a link 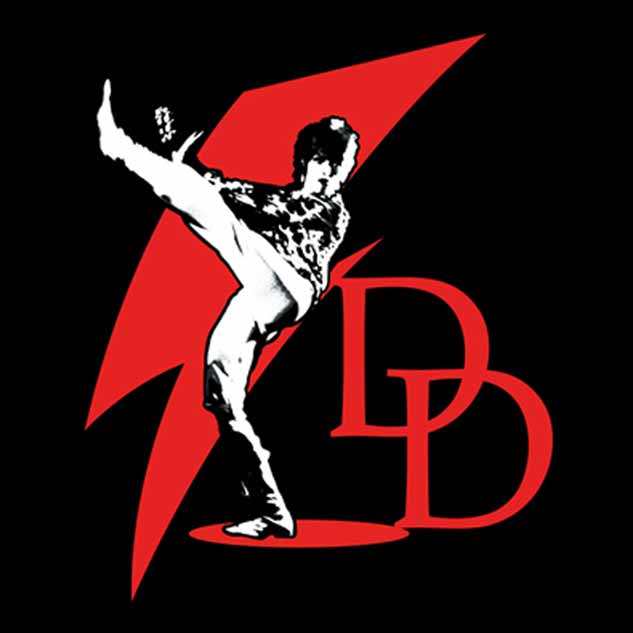